You should see a hearing care professional when your earwax builds up in your ears and becomes too hard to wash away naturally. According to UpToDate online, “Excessive or impacted cerumen [earwax] is present in approximately 1 in 10 children, 1 in 20 adults, and 1 in 3 older adults.” Don’t let earwax buildup become a problem for you.

Your hearing care professional can help you manage earwax buildup before it becomes a serious problem. At Infinity Hearing, our staff will examine your ears, determine the cause, and recommend treatment for earwax removal. Treatment options may include prescribing ear drops, using a suction technique, or providing another appropriate solution.

Earwax (or cerumen) is a secretion from the ceruminous glands in the outer ear canal.  It is usually yellowish-brown in color and has a waxy feel to it.

Why do ears have earwax?

How should you clean your ears?

Lower jaw movements, such as speaking or chewing, move earwax towards the outer ear canal.  This continuous motion helps to cleanse the ear and push out excess earwax.

To clean out this excess earwax from your ears, hearing care professionals often recommend that you do one of the following:

Likewise, hearing care professionals recommend that you DO NOT use ear candles to remove earwax, as they have not been proven effective and could potentially cause serious injury. And most importantly, DO NOT use cotton swabs (or any other objects like bobby pins or lollypop sticks) to remove earwax. These have been known to cause eardrum perforations and/or earwax impaction, as the swabs push earwax further into the ear canal. 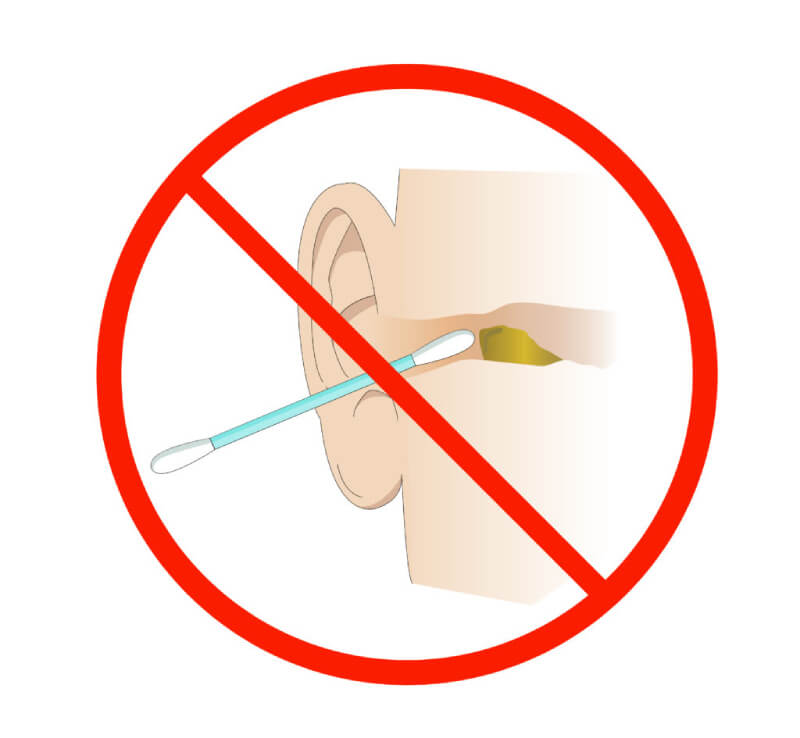 What does it mean when ear wax becomes impacted?

Earwax is considered impacted when it has built up in the ear canal to the point where you become symptomatic.

What causes earwax buildup and blockage?

Some people just produce a lot of earwax, and over time they have a buildup that needs to be removed before the earwax becomes impacted. For others, the use of hearing aids, wearing earplugs, and using cotton swabs may impact earwax. Whatever the cause, you should seek treatment from a hearing care professional.

How can you tell if you have impacted earwax?

If earwax buildup is left untreated, you may develop a blockage (earwax impaction) that may result in temporary hearing loss or ear irritation. Other symptoms of earwax impaction may include pain (an earache), ringing in the ear (Tinnitus), itching, foul odor, discharge, dizziness, and a feeling of fullness in the ear.